Michael (b. 1945) has been playing the banjo since 1959. He learned to play it with Hans "Banjomorten" Mortensen (1960/62) and Bernard Addison (1973). He participated with his Dreamland Jazz Band, including Henrik Johansen, at the 1st Copenhagen International Jazz Festival in 1964.

In 1965 he giged with New Orleans clarinettist Albert Nicolas and was active in Basse Seidelins Rag & Skiffle Service. He then sailed as a steward for Scandinavian Seaways in 1967/70. He was a booker for Jazzhouse Vognporten, Copenhagen,  from 1972 to 1980. He also worked with Peruna Jazzmen from 1973 to 1978. His first musical experience with Robert Hansson was in Dreamland Jazz Band in 1979 and with Hans Jørgen Hansen in his Brede Big Band from 1985.

Michael worked in 1989/96  for 'Accord', the Music Antique Shop, Copenhagen,  supervising and selling '78 records. Michael also had his own weekly radioprogramme on Danish Radio from 1994 to 1998. For almost 30 years (1975 - 2002), Michael was the very popular 'Street-Parade-Marshall' fronting Orion Brass Band, during the Copenhagen Jazz Festival. He has recorded with famous artists such as Eva Taylor, Louie Metcalf, Spiegle Willcox, Charlie Frazer, Bill Dillard and Al Grey. 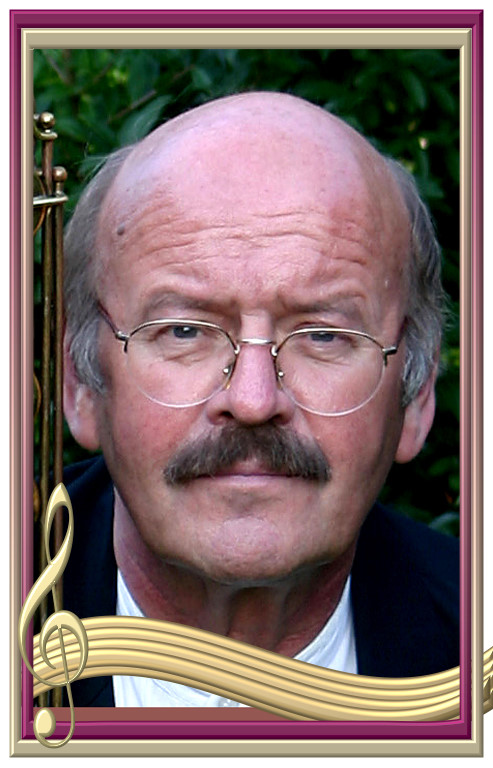 Frans has devoted the major part of his life to music. He has degrees in classic music, has studied composition and he held a position as music producer at the Swedish National Radio for 25 years, His interest in jazz goes back to the late Fifties, when he started in bands as a banjoist. He took up saxophone playing 1963 and over the years he has played the full saxophone family.

For the last fifteen years he has contrated on the mighty bass saxophone, which made him a sought after musician with Swedish, Dutch, English and American groups that shared his devotion to 'classic' jazz from the Twenties and Thirties.

He's been touring all over the world (including a two weeks tour in Pakistan together with "Jazz-O-Matic-Four" from Holland). Frans is a regular membeer of "Hot Club Trio", together with trumpet player Bent Persson and he is also a frequent guest with different English bands.

Frans has joined SRB as regular member in  January 2009

Born in 1948 in Copenhagen. 10 years old he started to play guitar and took up the banjo in 1963. Changed to string bass one year later and started also playing clarinet in the ‘High School Gang’ the same period.

Formed ‘Olsen’s Hot Band’ in 1980 with which he travelled all over Europe as ‘Jazz Gypsies’ until 1986. Became member of the legendary ‘Papa Bue’s Viking Jazz Band’in 1986 where Ole Olsen has played ever since.

Full time member of ‘Scandinavian Rhythm Boys’ since March 2009, where he replaced Paul Waters, who moved to Australia.

Søren Kirk – born i Brønshøj (Copenhagen) in 1947. He has reached years of musical discretion in The Boy’s Brigade as a bugler. Later on he switched to trumpet and began playing jazz in Tuxedo Jazzband with Ole Olsen and Søren Sørensen among others. The music was classic New Orleans style, inspired by the many musicians from the early days of jazz – primary from USA – still living and playing.

After a break he started to play big band music with Leif Bjerreborg, who’s band contained many of his future jazz colleagues. First recording was in 1974 with Ib Lindschouw (former drummer with Papa Bue). Took up the old co-operation with Søren Sørensen and began playing in his ‘Swing Cats’. This band recorded an album in 1980 and the co-operation still continues. Next to this, he played in Brede Big Band which recorded two albums in 1981 and 1983.

In Orion Brass Band (Street Parading Copenhagen Jazz Festival) he met Michael Bøving, who also joined Brede Big Band. In the mid eighties he played with ‘Fredsbandet’ – a band included many Danish rock stars. When he joined Ricardos Jazzmen in 1992 (and where he still plays) he gave up his job as a teacher and became fulltime trumpet player and singer. Søren Kirk has during the years played with several celebrities: ‘Champion’ Jack Dupree, Gene ‘Mighty Flee’ Conner, Østen Warnerbring, Al Grey, Lillian Boutté and many more.